Huntsville, AL – (ArmsVault.com) – Remington Arms Company, LLC, (“Remington”) would like to congratulate long-time sponsored shooter, Harlan Campbell, Jr. on his recent performance at the Southern Grand American and 100th Florida State Shoot.  The events were both held at the Silver Dollar Shooters Club located in Odessa, Florida on March 7-13 and March 15-20 respectively. 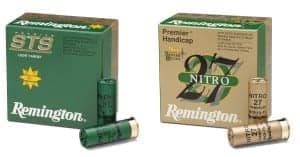 Remington Arms Company, LLC, (“Remington”) headquartered in Madison, N.C., designs, produces and sells sporting goods products for the hunting and shooting sports markets, as well as solutions to the military, government and law enforcement markets. Founded in 1816 in upstate New York, the Company is the nation’s oldest continuously operating manufacturer with its original Ilion, New York plant still in operation today. Remington is a privately-held manufacturer of firearms and ammunition products and one of the largest domestic producers of shotguns and rifles. The Remington Family of Companies has 12 locations across 9 states employing over 3,500 people and distributes its products throughout the U.S. and in over 55 foreign countries.

More information about the Company can be found at www.remington.com.