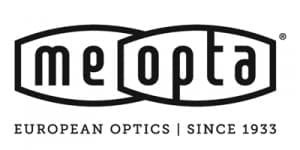 Meopta will share its booth with Holík International, and its US subsidiary Holík America, LLC, at the 2016 SHOT Show in Las Vegas where Holík will display its newest gloves for hunters/shooters, military and law enforcement.  The hunting gloves come in green, brown and various camouflage patterns and are made of highly functional materials for warmth and durability using state-of-the-art technologies.  Shooting gloves for trap, skeet and sporting clays will also be on display as will select models of Holík’s premium, special-use protection gloves for police and defense forces. 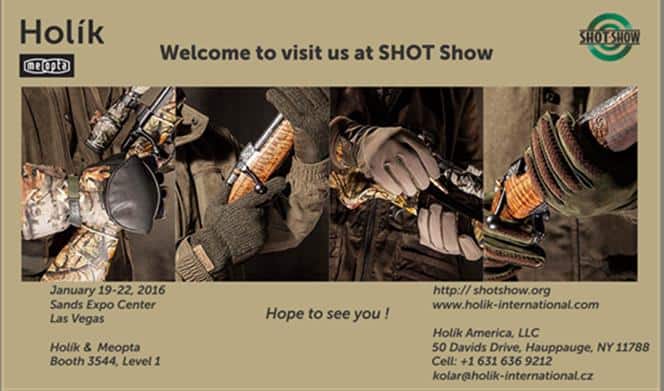 “Our hunting and shooting gloves are of the highest quality and extremely functional as are our defense gloves which are specifically designed to meet the 21st century needs of military and law enforcement units worldwide,” said Ladislav Kolar, export manager of Holík America, LLC.  “Our defense gloves are currently used by numerous police forces and the armies of several NATO-member countries.”

“Holík International’s gloves are extremely well made, using leading-edge technologies and materials, and we think their product will sell quite well here in the United States – especially once people become aware of the brand and what it has to offer,” said Reinhard Seipp, general manager and chief operating officer for Meopta USA.

Established in 1993, Holík International is a Czech manufacturing company that designs and manufactures special-use gloves.  Holík combines traditional glove-making crafts with the most sophisticated technologies in the field to produce gloves that meet the ultimate goal of protecting their customers’ hands.

The Meopta Group is a U.S. family-owned, multinational company with facilities in the United States and Europe. Founded in 1933 in Czechoslovakia (now the Czech Republic), Meopta is a leading manufacturing partner to many of the world’s finest optical brands. In their Czech facility, Meopta conceives, develops and manufactures precision optical and electro/optical systems for semiconductor, medical, aerospace and military industries as well as for consumer markets. In their New York plant, precision optical products are manufactured and assembled to exacting standards in clean-room environments for the military, industrial and consumer markets.