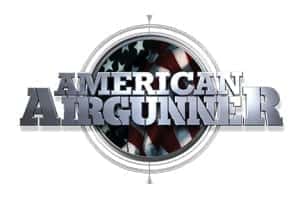 FORT SMITH, AR (January 9th, 2016) – (ArmsVault.com) – The Shooting, Hunting and Outdoor Trade (SHOT) Show is THE place for buyers, dealers and media to see ALL the newest guns and outdoor accessories. American Airgunner and host Rossi Morreale will be right there in the middle of the action.

“I can’t wait to get there. This will be my third year to attend the show and it never ceases to amaze me.” said Rossi Morreale, Host and Producer of American Airgunner. “There are guns and accessories of all types on display from .50 BMGs to .177 bb guns and belt buckles and hunting blinds to one-of-a-kind firearms. SHOT Show for me is a great way to kick off the new year and production on a new season of American Airgunner. You’ll definitely find a gun for you.”

Rossi Morreale and the American Airgunner production crew from 5 Star Productions will be on the show floor Tuesday and Wednesday of SHOT Show looking for the newest and neatest guns of 2016. Rossi expects to see the newest innovations from Umarex, Air Venturi, Hawke Optics and all the manufacturers displaying guns, firearms, hunting equipment, and accessories at the annual trade show in Las Vegas.

American Airgunner airs on the Pursuit Channel Wednesdays at 4:30 pm Eastern, Fridays at 1:30 am and during primetime Friday evening at 8:30 pm Eastern. This is the only televised show about airguns. Watch it on DirectTV Ch. 604 or DISH Network Ch. 393. Don’t get Pursuit Channel? Stream American Airgunner on Roku and Chromecast or check your local listings for additional channel information.