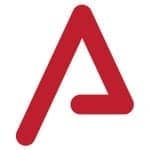 The Agents are reporting to Shot Show 2016… is Vegas Ready?

Jan 11th 2015: (ArmsVault.com) – The Directors, Commissioner and Agents from Agency Arms® are coming to Vegas. The Sands Convention Center (Las Vegas, NV) will be the Official Agency area of Operation for the 2016 Shot Show. Breakthrough Clean Technologies® booth (#109) will act as Agency Arms’ Headquarters from January 19-22. Daily Raffles, Dealer Specials and Giveaways will be some of the planned events.

Make sure to report to Booth #109 on Thursday January 21st at 1400hrs for a ground breaking product launch from Agency Arms. The Directors along with Agency asset Aaron Cowan (Sage Dynamics) will be unveiling the next generation in firearms technology. The bar is sure to be raised after the world sets their eyes on the NOC® and Classified® firearm platforms. Rest assured the industry will never be the same…

About Agency Arms®: Agency Arms was created in January of 2015 by weapon operators who were interested more in the functionality of a firearm than the visual appeal.

About Breakthrough® Clean Technologies: Breakthrough Clean Technologies is a subsidiary of the AvioTrade Group of companies, which specializes in the distribution of chemicals within the aerospace industry. AvioTrade has been in business over 12 years servicing major airlines, MRO’s and repair stations worldwide. Being gun enthusiasts, the owners of AvioTrade realized a growing need for having a more effective user-safe and eco-friendly cleaning solvent for the performance, protection, and maintenance of firearms. Utilizing their combined 50+years of aerospace chemical experience, access to the best solvent technology, and manufacturing resources specializing in environmental technology, AvioTrade Group brought Breakthrough® Military-Grade Firearm Cleaning Solvent to consumers. In 2014 Breakthrough released Battle Born Grease and Battle Born Oil, upholding the same standards of purity as found in Breakthrough. Breakthrough Clean advocates using state of the art research, processes, and the best chemists to provide the most effective and truly eco-friendly products to consumers around the world.