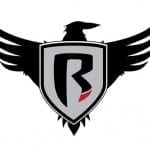 New Orleans, LA – October. 27, 2015 – (ArmsVault.com) – Ravenwood International®, a designer and manufacturer of gun stocks and firearm accessories, has introduced an AR/22 Stock Kit for both standard and Takedown models of the Ruger 10/22® at the NASGW Show in New Orleans.

Visually the AR/22 stock kit puts a modern sporting rifle spin on the traditional styling of the Ruger 10/22. The kit includes everything from an aluminum forend to a recoil pistol grip and six-position adjustable buttstock.

”Our goal was to come in to the 10/22 Takedown accessory market and offer a modern transformation unlike anything else out there,” a company spokesperson said. “This kit offers a complete rifle renovation in one box that the firearm’s owner can complete easily in minutes.”

The spokesperson was also keen to note the rigidity of the mounting system used on the Takedown. Overall the components attach to the front half of the Takedown in much the same fashion as the OEM components do by utilizing the OEM mounting locations.

Ravenwood’s AR/22 Stock Kit also adds some useful features like a two-piece aluminum top rail that runs the length of the firearm. This should prove quite useful for both optics and accessory mounting.

Another interesting component of the kit to point out is the AlumiLite composite handguard nosecone. This component is advertised as a stand-off for improved accuracy and brings a visual presence to the front of the firearm.

Ravenwood’s AR/22 Stock Kits for the Ruger 10/22 and the Ruger 10/22 Takedown will be available in late 2015, and can be seen at the NASGW Show in booth #923 as well as the company’s website www.ravenwoodint.com.

Ravenwood International is headquartered in the Midwest and is a designer and manufacturer of firearm accessories for the hunting, self-defense, military, & law-enforcement markets. Ravenwood’s mission is to provide customers with field-tested cutting-edge products of the highest quality at a fair price. For more information about Ravenwood and their products visit www.ravenwoodint.com.