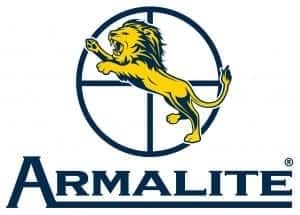 (Geneseo, IL – August 31, 2015) – (ArmsVault.com) – In one of the final matches of the season Team Armalite faced off among 500 professional and amateur 3-gunners at the 5th Annual Rockcastle Brownell’s Pro-Am 3-Gun Championship held at Rockcastle Shooting Center in Park City, KY. Leading the pack was Greg Jordan as he claimed his fourth Pro-Am title in as many years with an overall score of 734.4757 to take the Tactical Optics division.

The Rockcastle Pro-Am is considered the “next level” in multi-gun competition drawing shooters from around the world to this challenging and prestigious event.

“The match itself seems to have a little different flavor every year,” said Jordan. “After doing walkthroughs before the match I knew this year’s stages would provide for a tight competition. The stage designs offered plenty of fast target engagements with some long-range thrown in to keep the shooters honest. In matches such as this it is important to have the best equipment available. All my gear performed flawlessly, especially my Armalite M153GN18 rifle. I chose to shoot rifle several times instead of pistol on the optional stages because of its ease of use and manipulation. Its proven accuracy and reliability are unmatched and it came through for another win.”

Other team members finished strong with Armalite Ambassador Rick Birdsall coming in eighth overall in Tactical Optics with a score of 625.8852, while Tommy Thacker finished a tight race in the Open division for third with a score of 672.4291.

Team Armalite also put on a free shooting clinic Friday evening for any shooter interested in learning more on equipment, shooting positions and match strategy. This is a unique opportunity that continues to draw Team Armalite to the event.

“Every year I look forward to returning to the “Rock” for the 3 Gun Pro-Am,” said Jordan. “It is a unique atmosphere that is unmatched in the sport. The opportunity to shoot with the Pros and hold clinics for the up-and-coming shooters is one of the highlights of the year for the team.”

Prior to visiting Kentucky Team Armalite spent time in the tough terrain and challenging stages of Peacemaker National Training Center in West Virginia.

On July 25-26, Jordan dominated the field at the 2015 PNTC Nightforce DMR Championship with his time of 492.28 shooting his Armalite M153GN18. Jordan flew by the next closest competitor by more than 100 seconds as he was tested in improvised shooting positions and long-range targets on 10 stages across the tough terrain in the hills of West Virginia.

Before the echo of shots had ceased among the hills of West Virginia Jordan was at it again August 1-2, leading Team Armalite through the ranks and snagging the title from some of the best 3-gun shooters at the 3-Gun Nation Eastern Regional. Topping more than 200 competitors at the final 3-Gun Nation event, Jordan walked away with another title in the Practical division with a time of 430.91. Armalite Ambassador Rick Birdsall delivered a strong performance in the Factory division with an overall time of 600.93 and a title win. And, Tommy Thacker battled it out for a third place finish by mere .03 in the Unlimited division.

All Armalite team members shoot Armalite 3-Gun Series rifles. Purpose built for 3-gun and practical rifle competition, these rifles are ready to dominate any stage straight out of the box. Available in both 5.56×45 mm and 7.62×51 mm, the Armalite 3-Gun Series rifles feature stainless steel barrels in both 13.5 and 18 inches. (The 13.5-in. models have a pinned/welded muzzle brake to make the external barrel length 16 in.) The new Armalite tunable muzzle brake and adjustable gas block allow each rifle to be individually tuned for optimal performance. A free-floating handguard, Raptor ambidextrous charging handle, Luth-AR MBA-1 adjustable buttstock and factory installed 3-lb. Timney trigger make these rifles sleek, fast and ready for action. MSRP: $1,599 (M-15); $2,099 (AR-10)

The Armalite M153GN13 and M153GN18 can be purchased through your local dealer. All Armalite handguards, muzzle brakes and adjustable gas blocks are available at www.armalite.com. For more information on Team Armalite, products, accessories and to find a dealer near you, visit www.armalite.com.

About Armalite: Armalite is the originator of the legendary AR-10® rifle. For 60 years, Armalite’s commitment to excellence has made our firearms the choice of military, law enforcement and sport shooters worldwide. Armalite has one of the broadest product lines in the firearms industry. We manufacture semi-automatic rifles in 5.56mm and 7.62mm calibers, as well as long range bolt action rifles in .308 Winchester, 300 Winchester Magnum, .338 Lapua, and 50 BMG. Armalite is a subsidiary of Strategic Armory Corps. For more information on our company and products, visit: www.armalite.com.

About Strategic Armory Corps: Strategic Armory Corps was formed with the goal of acquiring and combining market-leading companies within the firearms industry. Each company that is brought into the SAC family fulfills a consumer need with their brand of niche products. To date, four highly respected manufacturing companies have been acquired with a fifth in the start-up phase. These companies strategically fit together to form a strong base of products and services that are designed to meet the expectations of military, law enforcement, commercial groups, and individual users around the world.