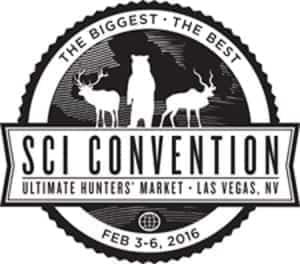 (ArmsVault.com) – SCI members who attend the 2016 Hunters’ Convention at Mandalay Bay in Las Vegas, Nevada Feb. 3-6 will have an opportunity to see firsthand the exciting commemorative  .275 Jim Corbett Rifle. Presented to Corbett for shooting the man-eating tigress of Champawat, India by Sir John Hewett, then the Lieutenant-Governor of the United Provinces, the .275 rifle is now owned by Rigby and held in the company’s collection in London.

John Rigby & Co (Gunmakers) Ltd, London, England successfully tracked down the owner of the original firearm and bought from a private collection truly one of the most famous rifles in history.

Presented to Corbett in 1907, it features an inscription on a silver plate located proudly on the stock. Corbett went on to use the rifle in some of the later stories in his legendary book Man Eaters of Kumaon.  Rigby has provenance of and letters from Corbett mentioning the rifle.

Rigby will be bringing the rifle on a world tour and showcasing it at the 2016 SCI Convention, February 3 – 6, in Las Vegas, Nevada USA at Mandalay Bay Resort & Convention Center.

The Corbett commemorative rifle will be the second offered in SCI’s World Heritage Rifle Series and will be auctioned to the highest bidder on Saturday night, February 6. The .275 Rigby will be built to exacting specifications of the original. The gun will feature Ray Shepherd style engraving from the original books of Corbett, and a tiger to commemorate the fine Rigby craftsmanship and hand-built attention to detail that this firearm exemplifies.

Simon K. Barr head of Marketing and Public Relations for Rigby explained, “It is great to think that some of the DNA from that very original Corbett rifle is in the genome of every rifle that leaves the Rigby workshop at Pensbury Place in London today.”

Rigby also will be running a limited edition 100 copies of the five-book Corbett collection which will be numbered and leather bound in Rigby blue with a foreword about the rifle. Rigby will donate the profits from the limited edition books to the Jim Corbett Park Tiger Sanctuary in India.

The Rigby booth at the upcoming SCI Convention will be Corbett themed and there will be a Raj style party.

The World Heritage Rifle Series is a five-year collaboration among premier rifle makers and SCI. For 2016, the featured Rigby rifle will be the announced .275, honoring Asia.

About the SCI Hunters’ Convention:

Safari Club expects upwards of 24,000 international hunters to visit Las Vegas, Nevada, February 3-6, 2016.  The SCI Hunters’ Convention represents the largest and most successful event to raise money for advocacy to protect hunters’ rights. The 2016 Hunters’ Convention will be the largest in the organization’s history with nearly a million square feet of exhibits and 2,500 vendors.

Joining Safari Club International is the best way to be an advocate for continuing our hunting heritage and supporting worldwide sustainable use conservation, wildlife education and humanitarian services.

Safari Club International – First For Hunters is the leader in protecting the freedom to hunt and in promoting wildlife conservation worldwide. SCI has approximately 200 Chapters worldwide and its members represent all 50 of the United States as well as 106 other countries. SCI’s proactive leadership in a host of cooperative wildlife conservation, outdoor education and humanitarian programs, with the SCI Foundation and other conservation groups, research institutions and government agencies, empowers sportsmen to be contributing community members and participants in sound wildlife management and conservation. Visit the home page www.safariclub.org or call 520-620-1220 for more information.