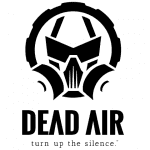 Lawrenceville, Ga. (August 2015) – (ArmsVault.com) – Dead Air Armament™, the strikingly silent suppressor company, is proud to announce that, after much testing and evaluation, YouTuber TWANGnBANG was thoroughly impressed with the sound suppression abilities of Dead Air’s™ new Mask HD™ suppressor and declared it a “bolt-gun rock star.”

“2015 has been called the Year of the Silencer because of all the great new companies and cans coming to market.  The Dead Air Mask HD was the one can I most wanted to get my hands on, and its excellent performance was worth the anticipation,” said Cameron Martz of TWANGnBANG fame.

The Dead Air Mask HD suppressor is constructed of titanium and stainless steel, has a Cerakote finish and easily disassembles for cleaning. It weighs in at 6.3 ounces, is 5.25 inches long and 1.070 inches in diameter. It can be used for direct thread applications and is rated for .22LR up to 5.7 x 28. It’s also backed by a no questions asked Lifetime Warranty. It retails for $499.00.

“It sounded good on my 10/22 and it sounded really good on my 22/45, but it blew me away on my bolt gun. It’s a bolt-gun rock star! It was nice shooting it at the range, but I can’t wait to get my Mask HD out of NFA jail and shoot it right here in my backyard with my daughter. Seriously, it’s quieter than her Daisy BB gun,” said Martz.

“Another thing that I was really impressed with was the negligible point of impact shift. I experienced about an 1/8th of an inch downward shift and zero left and right shift. My bolt gun is a tack driver and the Mask HD turned out to be a great match,” remarked Martz.

For more information on Dead Air Armament and their line of suppressors, please visit www.deadairsilencers.com or join the conversation on Facebook or YouTube.

Dead Air Armament is a division of Sound Moderation Technologies, a North Carolina company designing, patenting, and marketing the next generation in sound suppressor systems for civilian sportsmen, law enforcement, security and the military.

TWANGnBANG is a YouTube channel headed by a well-armed, research minded enthusiast who tests and evaluates bows, guns and other cool stuff. TWANGnBANG evaluates gear with the purpose of learning how things work and as a result the videos are equal parts redneck and science. TWANGnBANG has been active on YouTube since 2012 and currently has over 183,000 subscribers.