Boynton Beach, Fla. (March 2015) – Tacprogear, a leading manufacturer of tactical equipment used by professionals around the globe, is pleased to announce that it has become the military and tactical distributor for LALO Footwear. Additionally, LALO has become the official footwear of Tacprogear.

“We are very excited about becoming the exclusive distributor for LALO Footwear to the military and tactical markets,” remarked TPG CEO Dan Lounsbury. “Our company missions and beliefs are very similar so this was a natural fit. Top tier materials designed with invaluable feedback from Elite Operators creates a top notch product that we are proud to offer through our website.” 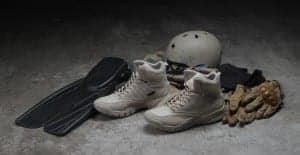 LALO makes uncommon gear for the common man and woman, making the most technologically advanced products for the military and beyond. LALO Footwear is Navy SEAL field tested and approved. Their creations come from the minds of current and former special warfare operatives, as well as a team of award-winning designers and developers that have been creating innovative footwear for some of the world’s most popular brands for over 30 years.

“We are very pleased to partner with TPG to distribute LALO products via their sales channels, servicing their customer base. Together with TPG we can focus on delivering world class products and impeccable customer service to the market,” commented LALO CEO Jay Taylor.

TPG carries the following LALO Footwear styles on its website:

Tacprogear (TPG) is a leading manufacturer of tactical equipment used by professionals around the globe. The TPG product lines include apparel, armor, bags and packs, pockets and pouches, footwear, accessories and more.

Bridging the gap between outdoor functionality and real world requirements, TPG BLACK is designing new solutions through the innovative use of lightweight materials and cutting edge manufacturing techniques. TPG BLACK relies heavily upon the constant feedback and input from operators in the field, and seeks to continually evolve the product offerings. TPG BLACK manufactures an exclusive line of American Made, Mission Specific products in South Florida. www.tacprogear.com and www.tpgblack.com.

LALO was founded to serve the needs of Special Forces Operators. LALO uses top tier materials to create some of the best and hardest working tactical boots and athletic footwear for those that rise to the toughest occasions. The LALO Shadow, the ultimate Special Forces tactical boot, features a unique patent including a drainage system, a composite forefoot plate, a fast-dry component and the lightest weight materials on the market. The LALO Athletic line is a direct result of briefings received from Special Forces Operators. The need was to build a lightweight, packable, breathable shoe they could cross train and run in – a shoe they could count on, whether training or deployed. LALO’s designs put an emphasis on noise reduction, support and game day performance; gear that hits the mark time after time. Whether your path leads you to a career in the military, competing in an adventure race, cross training, tackling an urban athletic workout, or running a 5K, LALO has the shoe for you. www.lalotactical.com