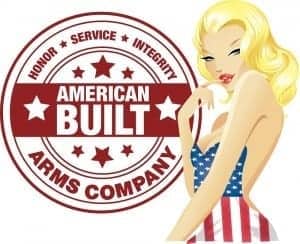 “Axelson Tactical is one of the most exciting new manufacturers in the firearms industry. Their brand mission and purpose tell a patriotic and compelling story and A*B Arms wanted to be a part of that story,” said Jason Combs, President and Founder of American Built Arms Company. “We are looking forward to continuing a strong business and personal relationship with Axelson Tactical to help them meet the high quality standards of their rifles.”

Combs also added that American Built Arms Company will be donating a percentage of all sales from Axelson Tactical parts and accessories to the Matthew Axelson Foundation. Matthew Axelson was a Navy Seal and one of the fallen heroes of Operation Red Wings which occurred on June 28th, 2005.

“We had reviewed a few internal AR-15 parts that were on the market. We chose A*B Arms due to their extremely serious attention to detail and the precise Swiss machining of their parts,” said Jeff Axelson, CEO of Axelson Tactical. “The people at American Built Arms Company have been great to work with. Their veteran-owned, Made in the USA business focus added to our brand’s mission. Their response time to our product questions and feedback was also a definite plus in our decision making process.”

Axelson Tactical is based out of Minden, Nevada and manufactures high-end commercial and Tribute rifles to firearms enthusiasts. A percentage of all Axelson Tactical sales goes to The Matthew Axelson Foundation (http://matthewaxelsonfoundation.org/) and other charities they support. For more information on Axelson Tactical rifles and accessories, please visit www.axelsontactical.com.