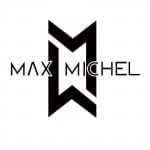 Special contest to thank Max Michel’s fans for their continued support to run from October 1st – December 31st, 2014; Winner to be announced at SIG SAUER® Range Day on January 19th, 2015

Meruax, La. (October 2014) – Max Michel, Jr., champion competitive shooter, firearms instructor and television personality, is pleased to announce today the official launch of a new contest aimed to thank his fans for their continuous support. The contest, run through Michel’s official Facebook Fan Page, will award one lucky winner a new, in-the-box SIG SAUER® 9mm P320 Carry with a Nitron slide finish and SIGLITE® Night Sights (approximate MSRP value of $713.00). The contest will run from October 1st through December 31st, 2014. The winner will be randomly selected and announced at the SIG SAUER® Range Day on January 19th, 2015 prior to the 2015 SHOT Show held in Las Vegas, NV January 20th – 23rd, 2015. To enter the contest, please visit here: http://woobox.com/fqwnmu.

“I love what I do and am so fortunate to have turned my passion into a career that can support my family,” remarked Michel. “I wouldn’t be able to do what I do without the support of my sponsors and my fans. Over the years my fan base has grown and their energy, love and words of encouragement is the spark that makes me train harder, push further and strive to achieve better. I wanted to thank them for their continued support and that’s why I’ve teamed up with SIG SAUER® to give away a 9mm P320™ Carry. By entering the contest, fans will have a chance to take home this impressive handgun from one of my sponsors that has been there from the beginning. I can’t think of a better way to say thank you.”

The SIG SAUER® P320™ Carry is unlike any other pistol in its class, featuring a unique 5-point safety system, standard in all models. This modular design offers the user the ultimate in flexibility to change calibers, sizes and fit. Small, medium and large complete polymer grip modules ensure comfortable and optimal fit for the widest range of hand sizes.

Purchase will not increase the odds of winning; promotion is void where prohibited. Promotion is limited to individuals who are over the age of 21 and not open to residents of California, Colorado, Connecticut, Washington D.C., Massachusetts, Maryland, New Jersey and New York. For full Terms and Conditions of the contest, please visit the official rules here: http://www.lauraburgess.com/clients/max-michel/MM_Gun_Giveaway_TandC_2014.pdf.

By anyone’s account, Max Michel, Jr. is one of the best shooters in the world of competitive shooting. A five-time World Speed Shooting Champion, seven-time USPSA National Champion, four-time US National Steel Champion, nearly 50 USPSA Area Championships and more than 100 Major Championship wins under his belt, Max is a dominant force in the pistol shooting sports. Born and raised in New Orleans, Max joined the famed U.S. Army Marksmanship Unit (USAMU) Action Pistol Team in 1999 where he served for 10 years as an Army shooter and trainer. Today, Max is recognized worldwide as a top tier athlete in the practical shooting sports, a world class firearms trainer and a television host for Hot Shots Presented by Cheaper Than Dirt and Trigger Time TV.

Become a fan of Max Michel at http://www.facebook.com/maxmichel.us.

SIG SAUER®, Inc. is the largest member of a worldwide business group of firearms manufacturers that includes J.P. Sauer & Sohn and Blaser GmbH in Germany and Swiss Arms AG in Switzerland. This global network of companies gives SIG SAUER® a world-class firearms knowledge base, unparalleled design expertise, and extensive manufacturing capacity, enabling the company to respond quickly and effectively to changing market conditions and the needs of its military, law enforcement, and commercial markets worldwide. SIG SAUER® is an ISO 9001: 2000 certified company with over 700 employees. For more information on SIG SAUER® or any of its products, or the SIG SAUER® Academy, log on to www.sigsauer.com.