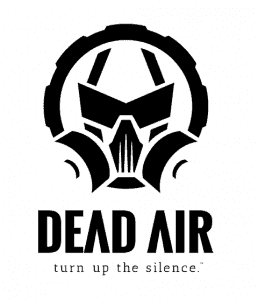 Turn Up the Silence™

Lawrenceville, Ga. (October 2014) – Dead Air Armament® and their new line of game-changing, 100% USA made suppressors are now available through BPI Outdoors. Dead Air product concepts are the result of suppressor design and shooting sports industry veterans joining together to create an entirely new vision of suppressors for the civilian and law enforcement markets. Founded by former co-founder of SilencerCo® Mike Pappas and former designer Todd Magee of SilencerCo®, Dead Air Armament® aims to bring to the suppressor market uncompromising quality in design and manufacturing.

“I’m finally building the no-compromise cans that I’ve always wanted to make,” Mike Pappas, Founder and Director of Product Development for Dead Air explained. “No corporate bottom lines to deter the mission. The only thing that matters to Dead Air and myself is ‘how does it sound?’ And the Sandman® sounds awesome…”

Dead Air product line launches with the 7.62 Sandman®, which includes the Sandman-S®, Sandman-L® and Sandman Ti® models. In early 2015, Dead Air will launch their innovative .22 suppressor, the Mask-22.

What sets Dead Air suppressors apart from the competition is attention to detail in engineering and materials. Sandman® baffles are constructed from 100% Stellite®, more costly than traditional stainless steel, but offering better performance under extreme conditions and usage than Inconel®. Tubes are made from high performance precipitation hardened stainless steel, making the Sandman® series lightweight with no sacrifice on strength.

The Sandman Ti® suppressor features a titanium tube with precision rifle direct threads specifically designed for the challenging environments faced by law enforcement professionals. “The old adage, ‘close only counts in horseshoes and hand grenades’ could not be more true when developing  products for professionals whose very life or lives depend on making an accurate shot in difficult circumstances,” Pappas commented, “the equipment must perform and Dead Air hits the mark!”

Dead Air Armament® products are made in the USA and distributed by BPI Outdoors, an outdoor industry leader in combining excellence of manufacturing, sourcing, distribution and marketing of outdoor products through their experienced sales channel.

Pappas’ experience and skill set have established him as an industry expert on developing the most innovative designs in the suppressor market. Pappas’ commitment to the industry and providing personal customer service have secured him a loyal following of customers and industry contacts.

Todd Magee is an engineer specializing in suppressor design since 2008. Initially hired by SilencerCo®, he pioneered and perfected some of the industry’s most innovative suppressors. Now, Magee oversees Dead Air’s Research and Development Department where he will be responsible for pushing suppressor technology even further.

For more information on Dead Air Armament® and their line if suppressors, please visit www.deadairsilencers.com or join the conversation on Facebook or YouTube.

Dead Air Armament® is a division of Sound Moderation Technologies®, a North Carolina company designing, patenting, and marketing the next generation in sound suppressor systems for civilian sportsmen, law enforcement, security and the military. Dead Air products are manufactured and sold through BPI Outdoors.