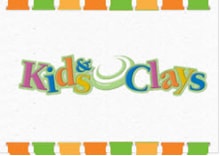 “The Board of Directors went through an extensive process to search for the most qualified candidate to lead the Foundation into the future,” said Keyser. “Doug’s expertise and experience are exactly what we need to continue to fulfill our mission and to grow our Foundation within the shooting industry and the communities it serves.”

Before USSA he spent five years with the Ohio Farm Bureau, Ohio Soybean Council and Ohio Soybean Association as Media Relations and Communications Director. Prior to that, he worked approximately eight years for the Ohio Division of Wildlife in fisheries management.

“This is a great opportunity for me as it combines two of my passions toward one very important goal,” said Jeanneret. “I welcome the chance to help children and their families improve their lives while utilizing the generosity of the outdoor industry to make it possible. I certainly look forward to the challenge.”

Since its inception in 1999, the Kids & Clays Foundation has netted over $11 million to benefit Ronald McDonald Houses.  The Houses provide a “home away from home” atmosphere for thousands of families every night during their time of need enabling them to be close to their sick or injured child.

Jeanneret holds degrees in wildlife management, environmental communications and a master’s degree in public relations.  He is an avid shooter and outdoor enthusiast. He and his spouse Sharon have two children and reside near Columbus, Ohio.